Divine Animal is a story of healing, traced through the lives of characters bound together by a secret trauma.

How the novel opens...

As Harlan emerged from the woods, where he had searched all afternoon for a black bear that might have existed only in his dreams, he paused in the high pasture and gazed into the airy gulf of the Mad River Valley. In all that expanse of drifting clouds, blowing grasses, grazing sheep, circling hawks, and green mountains receding away ridge beyond ridge, his eye caught on a moving speck down between the farmhouse and barn, a speck he recognized, even from this distance, as the Swedish girl rising from the pond in a long white shirt. He watched her intently, wishing he possessed the hawk’s acute vision. The girl bent over to wring out the tail of her shirt, shook out her tumble of damp hair, and then crossed the lawn toward the farmhouse with the languid, upright gait that reminded him of a browsing deer. Only when she disappeared into the house did he realize that he had been holding his breath.

Her name was Katarina, and Harlan thought of her as a girl in the same way he still thought of himself as a boy, even though both of them were nineteen, old enough to vote or fight in a war. With the sun dipping toward Black Bear Mountain, she would be going inside to heat water on the woodstove for soaking the widow’s feet. Mrs. Winfield, the widow, complained that she never could get warm here in Vermont, not even now in the dog days of August.

Print copies of Divine Animal may be purchased for $16 each, including postage.

To order the book, send an email to Scott with the following information:

You may send a check for the appropriate amount after the package reaches you. The address to use for mailing the check will appear on the label on the package. 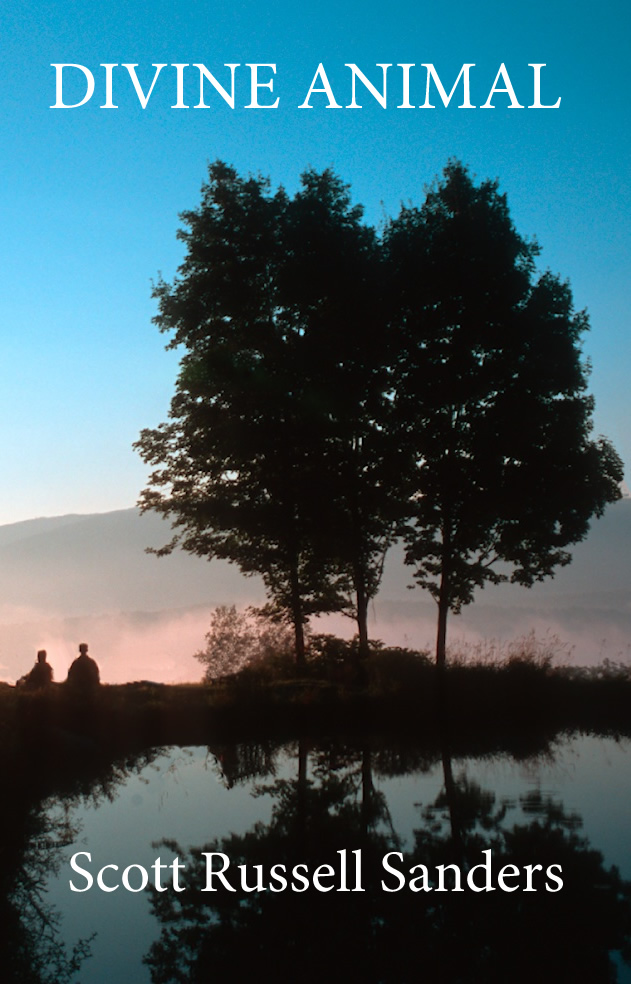 A wound may be inflicted in a heartbeat—from an explosion, accident, or cruel act—but healing, if it comes at all, comes slowly.  DIVINE ANIMAL is a story of healing, traced through the lives of characters bound together by a secret trauma.  There is young Harlan, whose search for a path to manhood leads him from Ohio to a mountainside farm in Vermont, where he meets Katarina, a Swedish au pair who has come to America to perfect her English.  There is Aurora, a teenage runaway who takes refuge in upstate New York, waiting tables and dodging questions. In Michigan’s Upper Peninsula, there is Teresa Two Bears, an elderly Ojibwa woman whose son died aboard a Navy ship, and in the same port on Lake Superior is Naomi Rosenthal, a physician haunted by the photo of a woman grieving at a soldier’s grave in Arlington Cemetery, near where Naomi’s own brother, killed by a landmine in Vietnam, lies buried.  There is folk singer Jack Haymaker, who lost his parents in a landslide near his home in Washington’s Cascade Mountains, and now travels the country performing his songs, lifting spirits and facing down grief.  And in the hill country of southern Indiana, there is Martin Zakar, an architect who restores derelict buildings, a man drawn by a thread of memory toward an elusive woman whose secret unites all of these seemingly separate lives.